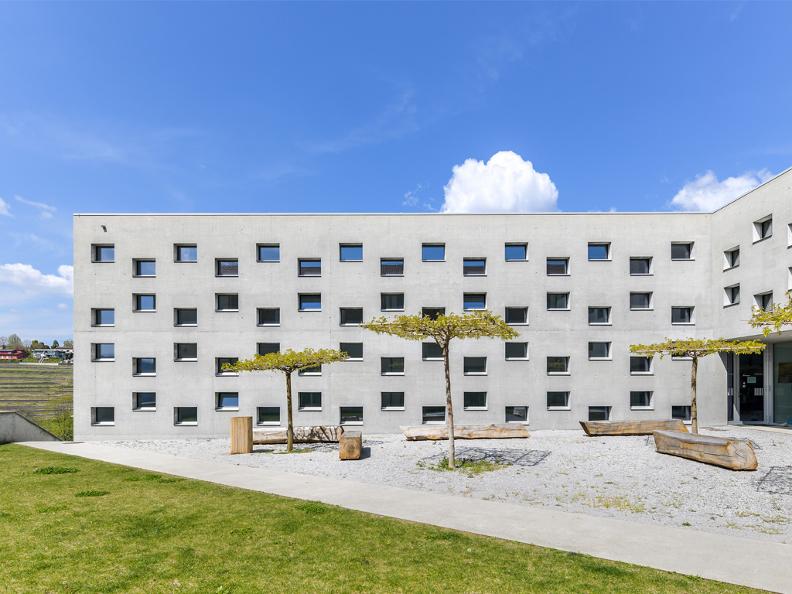 The Mezzana cantonal agricultural organisation, in its various activities, manages the farm owned by the Canton of Ticino and is responsible for the Gudo agricultural property.

At Mezzana, various agricultural production sectors coexist on a total area of about 60 hectares. In the new barn there is room for about fifty head of cattle that, during the summer period, move to the farm's alpine pasture in the Morobbia Valley, where an excellent Ticino AOC alpine cheese is produced.

A considerable part of the agricultural area is used for the production of fodder for livestock and cereal crops. With 0.75 hectares of covered areas, the horticultural sector is active throughout the year. But the sector that plays a priority role is the wine-growing sector, which enables the production of approximately 60,000 bottles of fine wines, particularly reds.

The cantonal agricultural estate is located on the Magadino plain. Since 2008, the farm has been converted into an organic farm. In Gudo, the main activity is field cultivation, with the cultivation of maize (grain and polenta) soya and wheat: all crops that are highly appreciated by the organic market. One hectare, on the other hand, is used for fruit growing, with the production of chestnuts and organic apples.

A cultivation of aromatic herbs used for the production of herbal teas has also begun.

The farm plays an important role for the Cantonal Agricultural School, which is an essential training ground for those wishing to enter the world of agriculture: the Centro Professionale del Verde, as recently redefined, undoubtedly has a bright future, with all the credentials to become a real driving force for Ticino's farms.