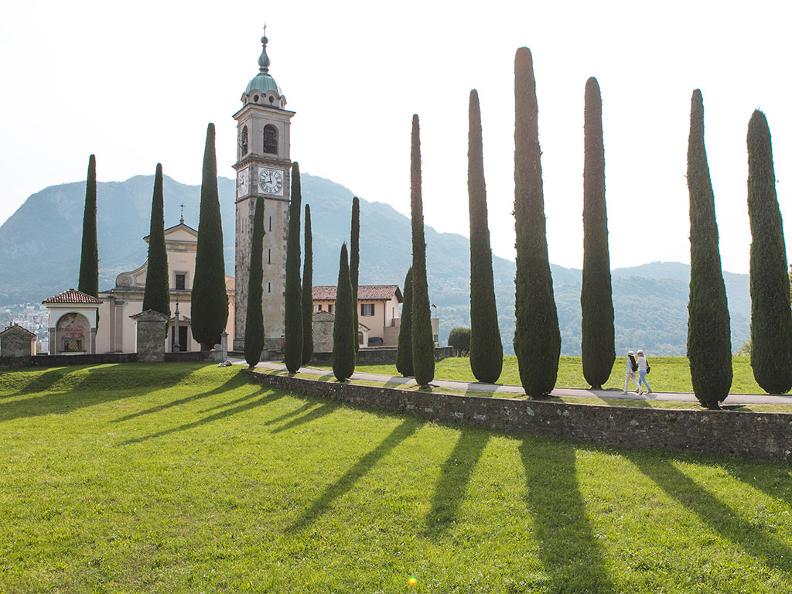 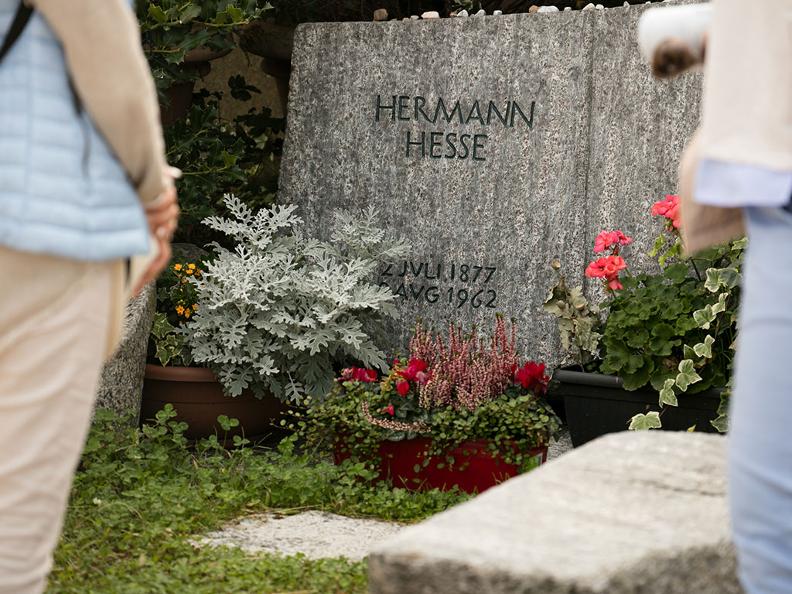 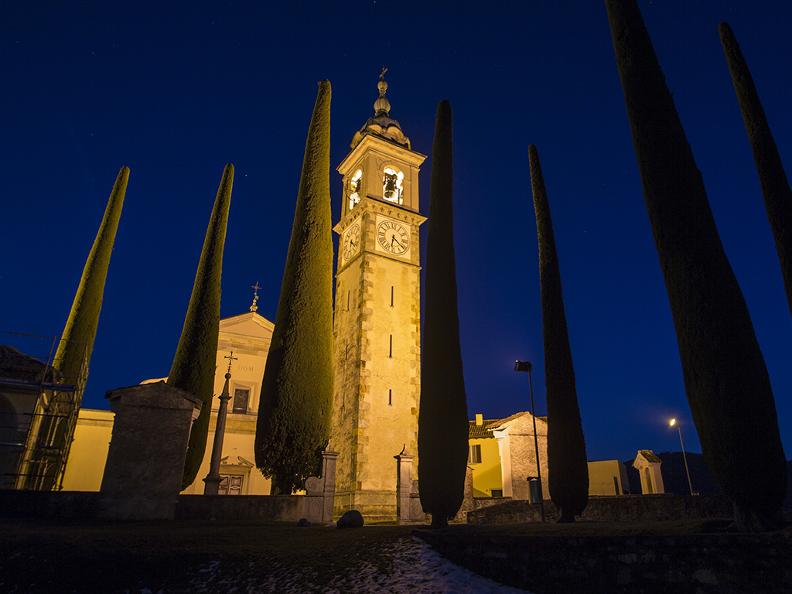 The church of Saint Abbondio lies in a picturesque location outside the urban area. It has been mentioned for the first time in 1372, it became parochial in 1530 and it was renewed between the 16th and the 17th centuries. To reach it, one must follow the boulevard that flanks the cypresses. This basilica is oriented on three naves and has a polygonal choir, articulated on pillars with lateral volutes and a tympanum-shaped high façade. The bell tower with post-roman pillars is detached from the church’s body and it is found in front of the façade, slightly shifted to the south.

Within the church one can find the choir, richly decorated with render, which was built in the 18th century. On the vault, high quality illusionistic architectonic paintings appear. The Quadro of Rosario portraits the Virgin and the saints Dominic and Katherine, it was painted by G. Petrini (1667-1759) of Carona in chiaroscuro technique.

The restoration works have been concluded in 1998 by the architect Gianfranco Rossi and they allowed the recovering of a 15th century fresco depicting the abbot Saint Anthony. Furthermore, a new wrought-iron altar made with marbles from Peccia has been placed, as well as five stained glasses of Roberto Pasotti of the Bigorio Church. Also, two ancient sundials on the south-east and south-west facades were renovated.

Next to the church, the charnel house is decorated with frescos of Bartolomeo Rusca on the outside, whereas the Pietà fresco within the church was realized by G. Petrini. The 18th century wrought-iron fences were realized by local crafts. The fourteen Via Crucis stations were oil painted on copper tables.

In the near cemetery, one can find the grave with the “Preghiera” statue of Vincenzo Vela (1875) by the architect Pietro Boffa of Montagnola, particularly active in Russia. Here one can also find the grave of Hermann Hesse.