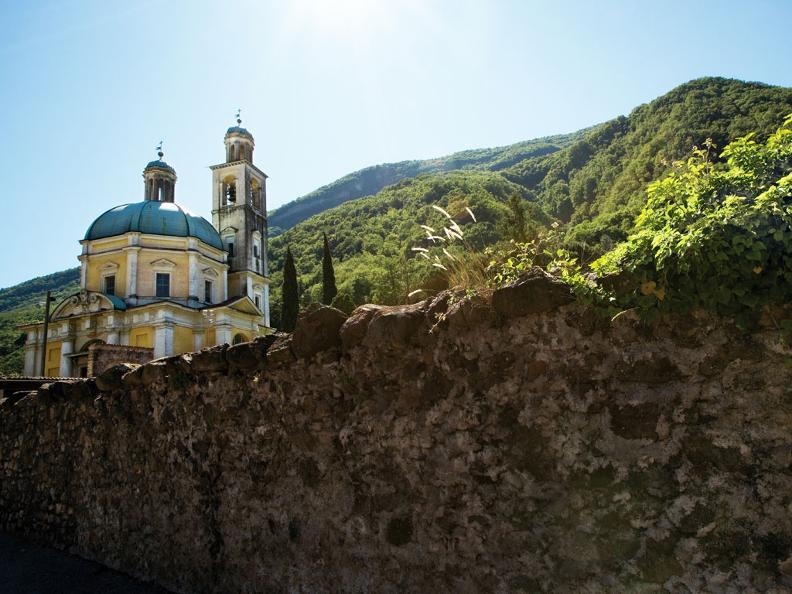 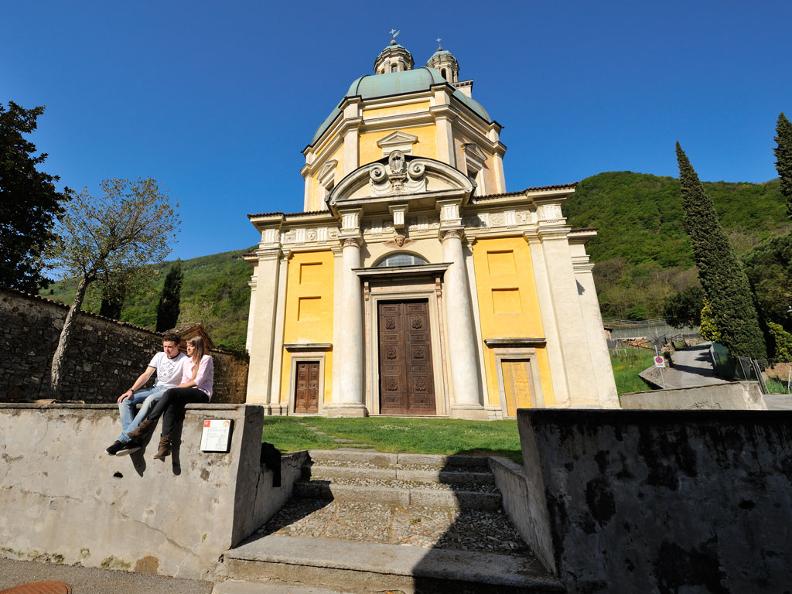 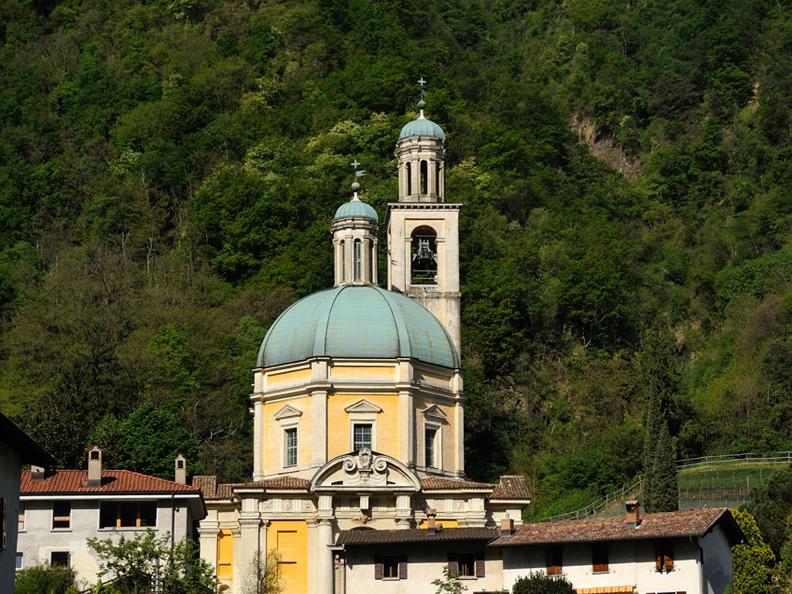 Overlooking Riva San Vitale from its elevated position on the town’s north side, the church of Santa Croce is one of the most important religious buildings in Switzerland.

The building, built towards the end of the 16th century by the architect Giovan Antonio Piotti known as il Vacallo (perhaps based on plans by Pellegrino Tibaldi), at the behest of Giovan Andrea Della Croce, who chose it as his last residence, has a central plan with an octagonal dome. The bell tower, of slender shape, is integrated in the body of the church and has the same lantern as that of the dome. Inside, eight gigantic columns support the dome; two chapels open at the sides and a deep presbytery closes the perspective space.

The three altars are the work of Domenico Fossati di Arzo. Most of the pictorial decoration and the artist Camillo Procaccini (1560-1629) and his workshop. The master is responsible for the three paintings in the main chapel and the two altarpieces in the side chapels. The pictorial cycle narrates some episodes of the discovery of the Cross by the Emperor Constantine, the Assumption of the Virgin and the sermon of St. Bernardino.