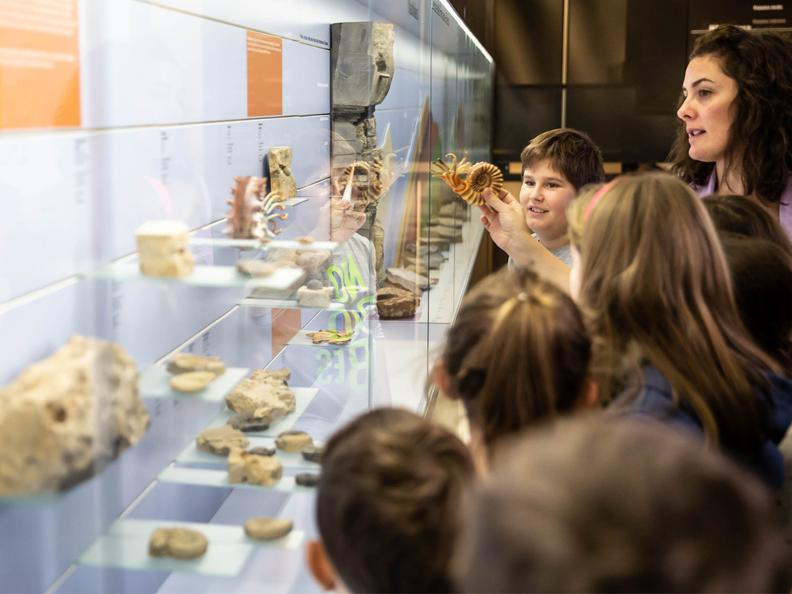 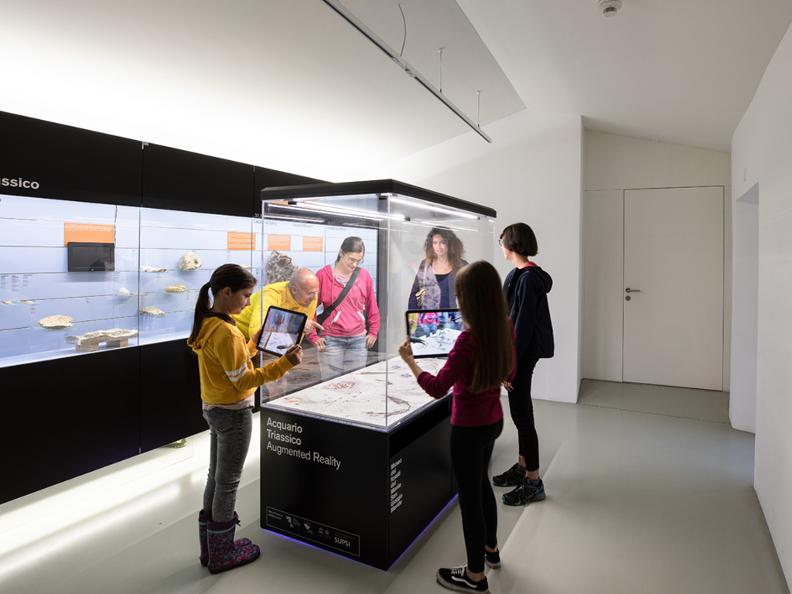 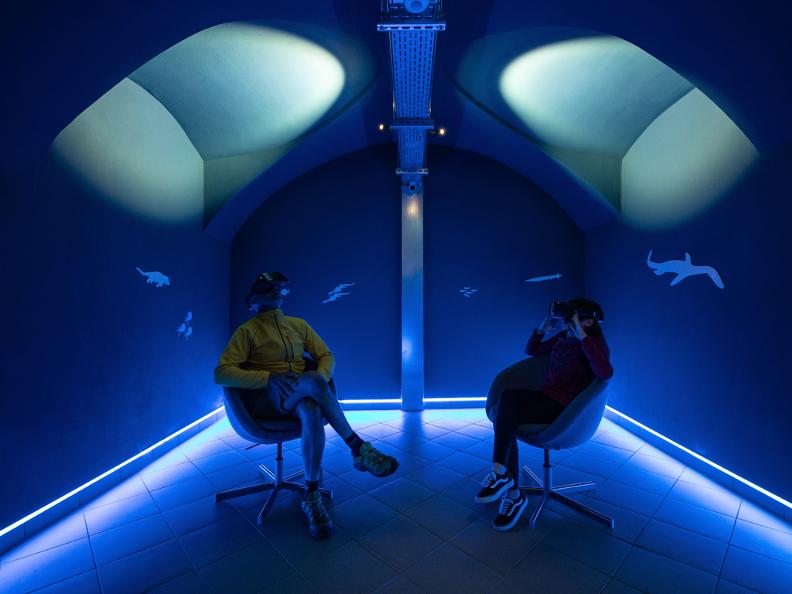 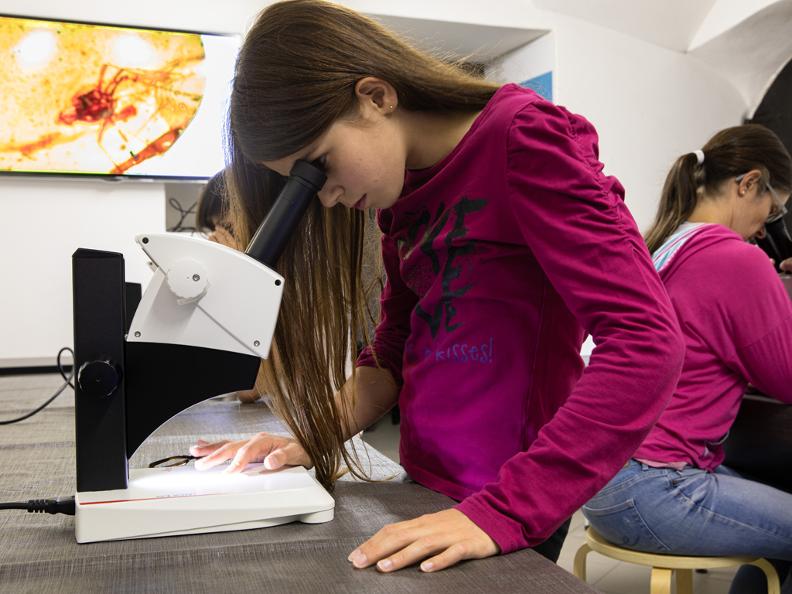 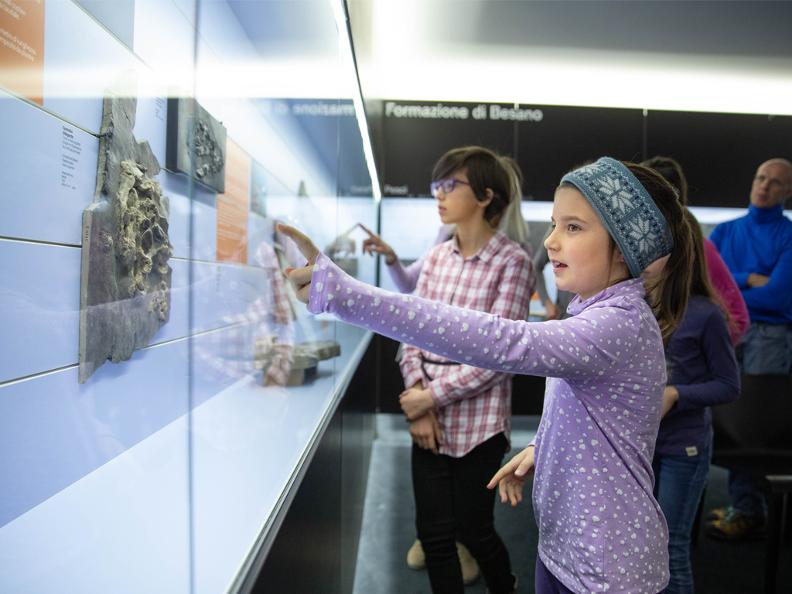 Remodeled and expanded by the Ticinese architect Mario Botta, the Fossil Museum in Meride exhibits a selection of fossilized animals and plants from the unique UNESCO World Heritage Site of Monte San Giorgio.

The 2.5-meter long reconstruction of the saurian Ticinosuchus welcomes visitors to the fossil museum in the center of the village of Meride.

Across four floors, the Museum presents a huge variety of fossils, illustrations, models and three-dimensional animations in augmented reality (AR) and virtual reality (VR). These explain how the fossils from this long extinct world have been excavated, prepared and scientifically described by experts since 1850.

Trail and educational points in the are provide views of the rocks and excavations where the fossils were found, notably at the Val Mara visitor platform near the Museum.

Guided tours, excursions and workshops
The Foundation organises guided tours of the Museum and excursions in the area, lead by qualified official guides. The Museum also offers a series of activities designed for families and children, for example, workshops and educational routes with audio guides.