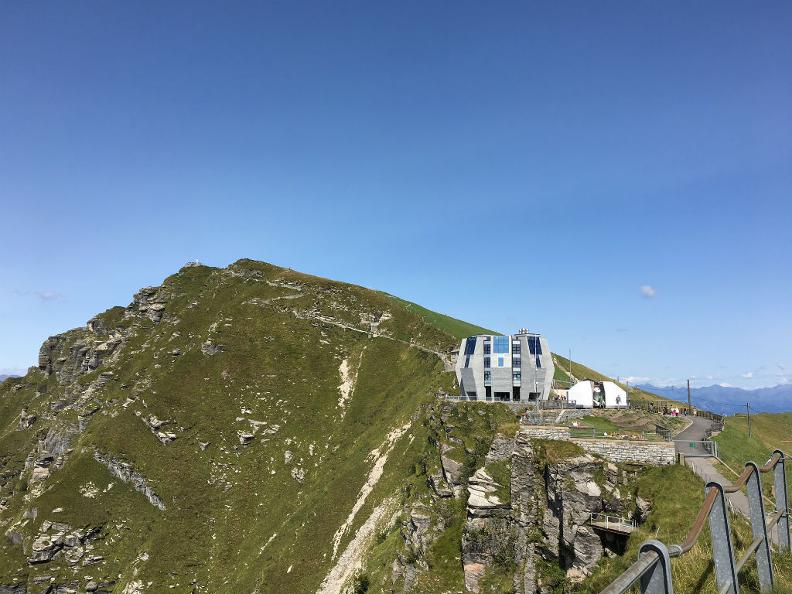 Path of the Planets of the Monte Generoso

For people it is nonetheless difficult in general to immagine the true proportions between the dimensions and distances of celestial bodies. As an aid in this difficult conceptual task, while keeping to ghe space close to Planet Earth, our Planetary System has been modelled on Monte Generoso, in a scale of 1:10’000, reduced to a straight line of around 600 metres. On the level path further tables are set out, each featuring a two-dimensional reproduction of the nine planets, from Mercury to Pluto.

The first impression during this «walk through the star» is that of the enormous disproportion between the dimensions (small) and the distances (large) of the various celestial bodies. Mentally, through contact with cosmic relity, one perceives the expance of an apparently infinite void in which human beings are little more than tiny specks.

Variant A: From the "Fiore di pietra" the summit can be reached by a walk of 15 minutes. From the top there are magnificent sweeping views over the italian lake region, the Lombard plain to the Apennines and the Alpine range from the Eiger and the Jungfrau over to the Matterhorn un to Monte Rosa.