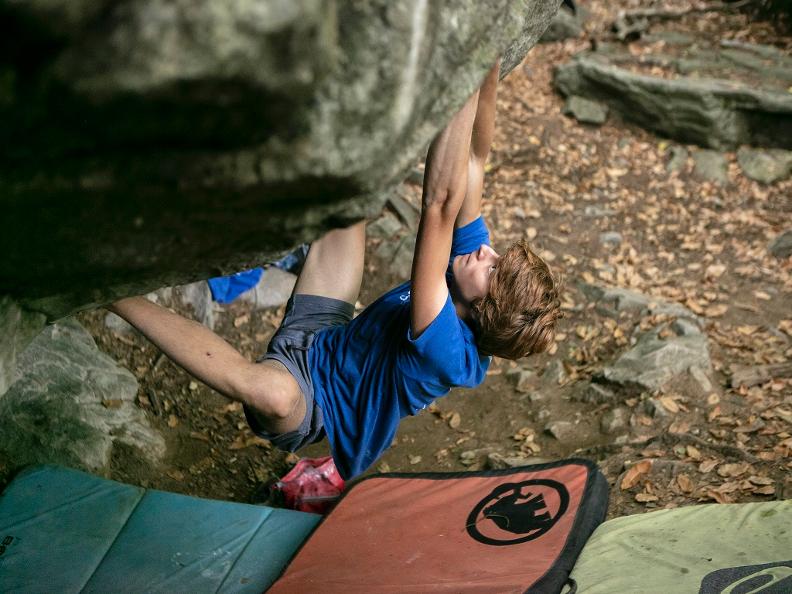 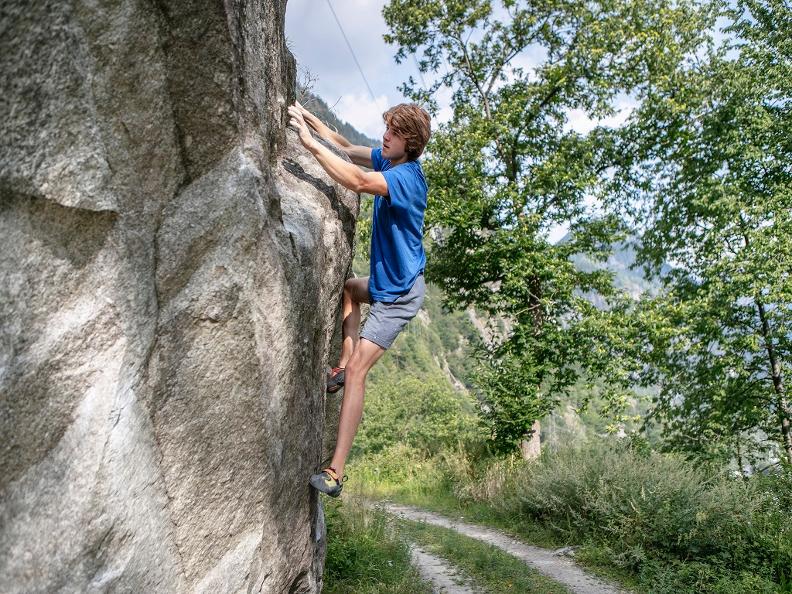 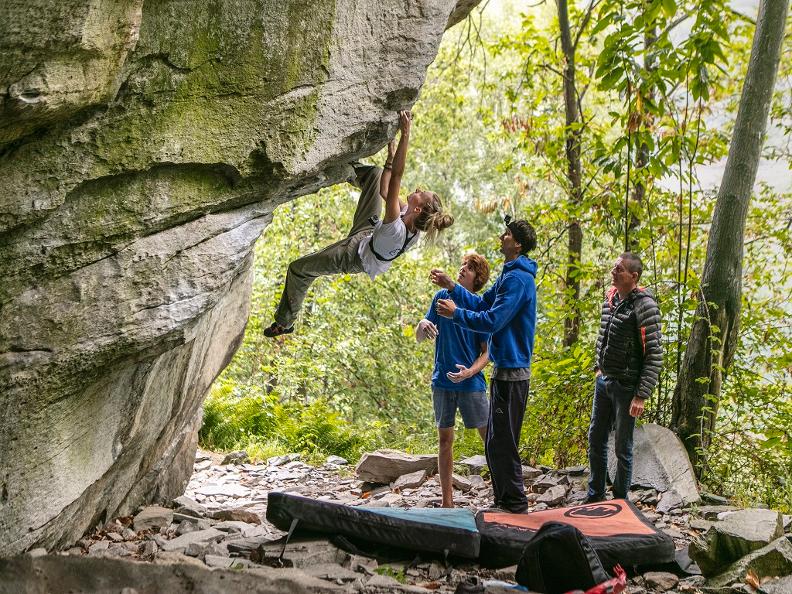 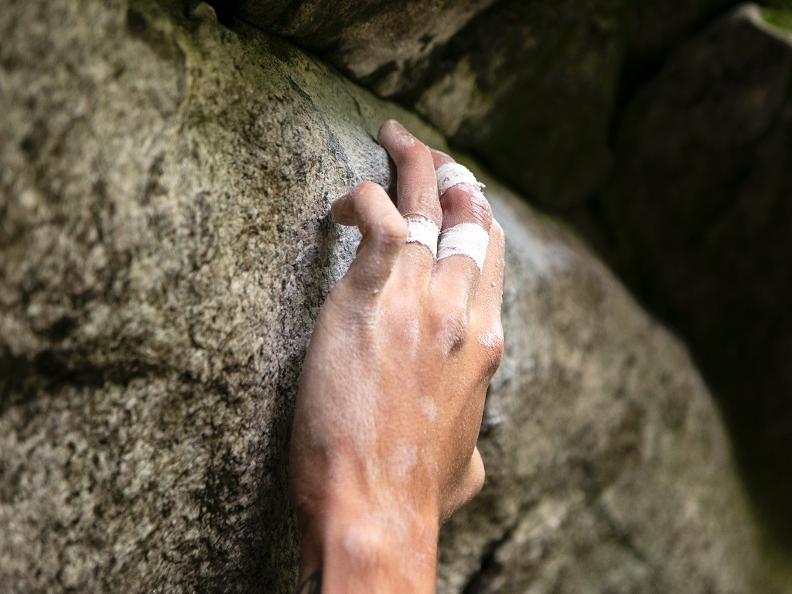 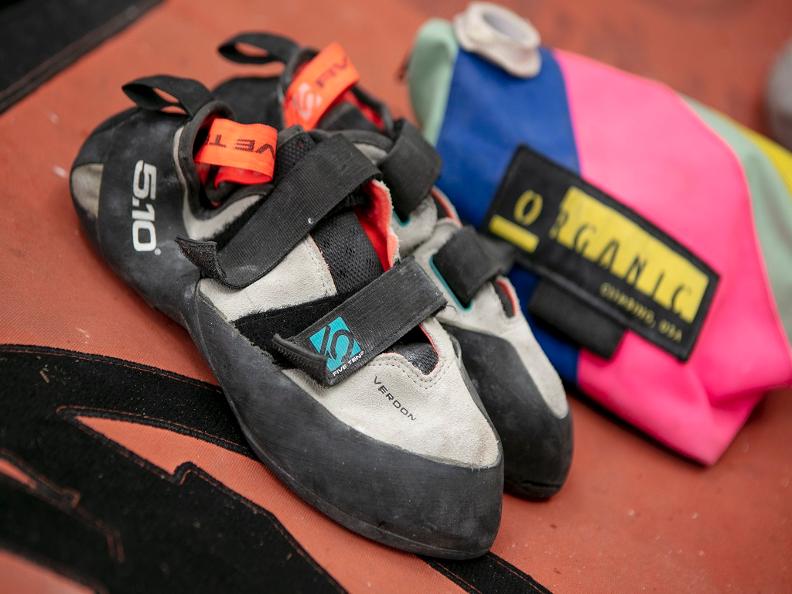 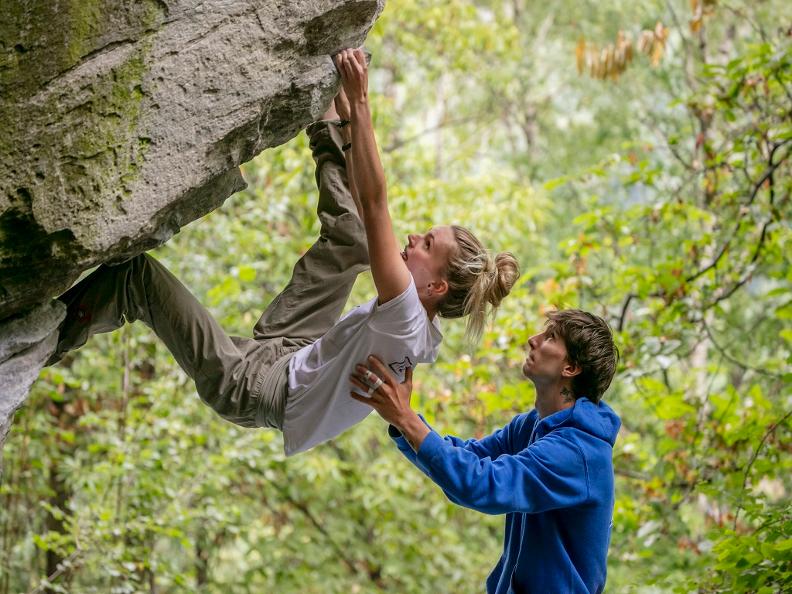 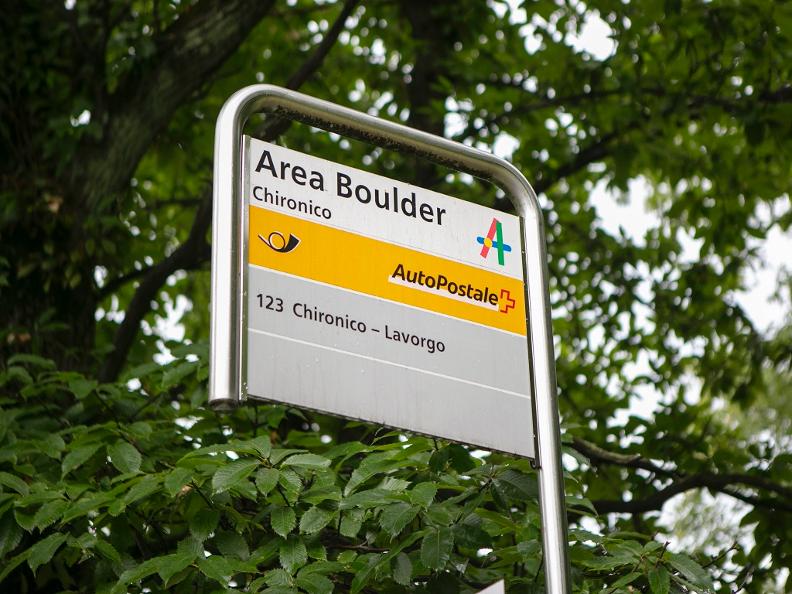 The boulder area of Chironico was born in ancient times, on one of those days when it was better to be anywhere else in the world than here.

Eleven thousand years ago, a huge landslide comes off the hillside opposite Chironico: the left bank on the other side of the river. Thousands of tons of rock comes bouncing and rolling down the hillside until it reaches the gravel banks of the river, filling the river bed instantly: 10,20,50, 100 metres deep in rocks, piled one on top of the other, until the last have nowhere else to go, but scatter on the broad opposite slope, near what is now Chironico.

Meanwhile the water tries to find a way through. Unable to do so, the river swells and rises, until lake is formed three kilometers long, five hundred meters wide and thirty meters deep.
Little by little, the water finds its way over and through and gradually carries everything down the valley, grain by grain, pebble by pebble, stone by stone. In our day, the valley is a valley once more, but the boulders of Chironico remain an enclave of abandoned orphans,falen into an eternal sleep.

The first visits were in the early eighties by Richi Signer, who explored the main area and started to flush out and solve the first problems.The area was then "forgotten" until 1995 when Richi returned with Andy Lusier to put his signature on some of the important boulders. The area then saw a big development thanks to the almost endless efforts of Michi and Ivan Tresch, and of the indefatigable Fred Nicole. More recently,it's witnessed the signatures of Ueli Gygax and Dave Graham. Today the Chironico boulder field is known throughout Europe and includes more than 2100 problems, divided into 36 sectors.