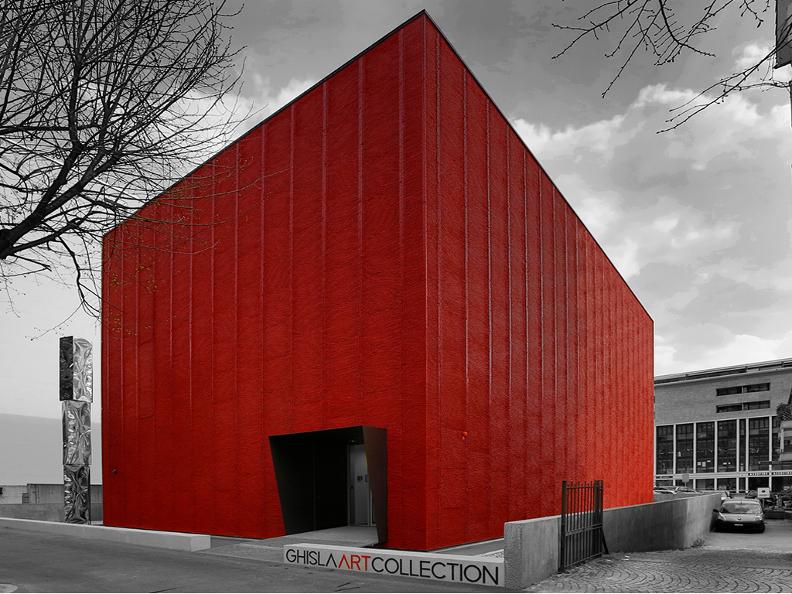 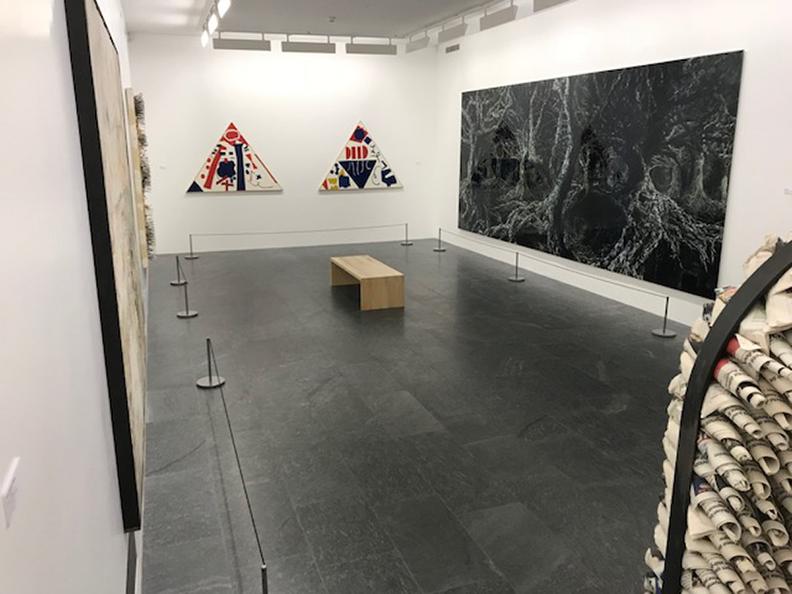 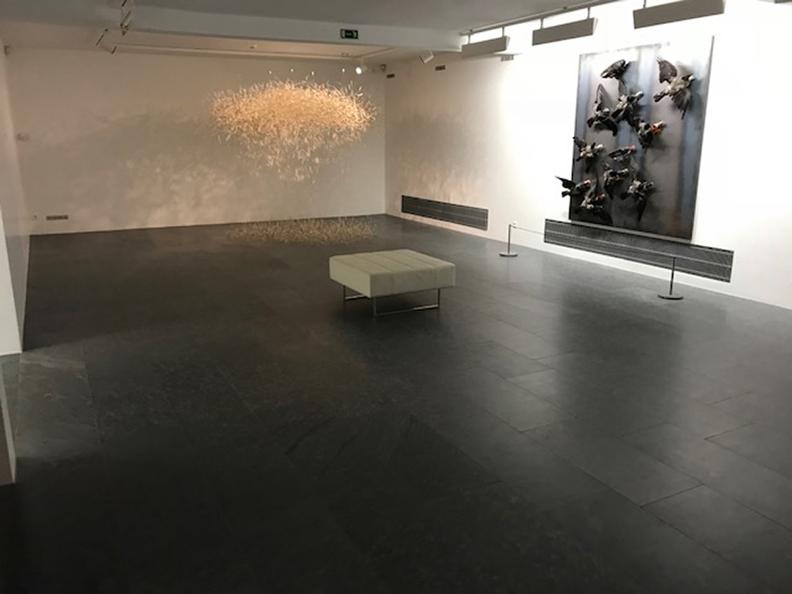 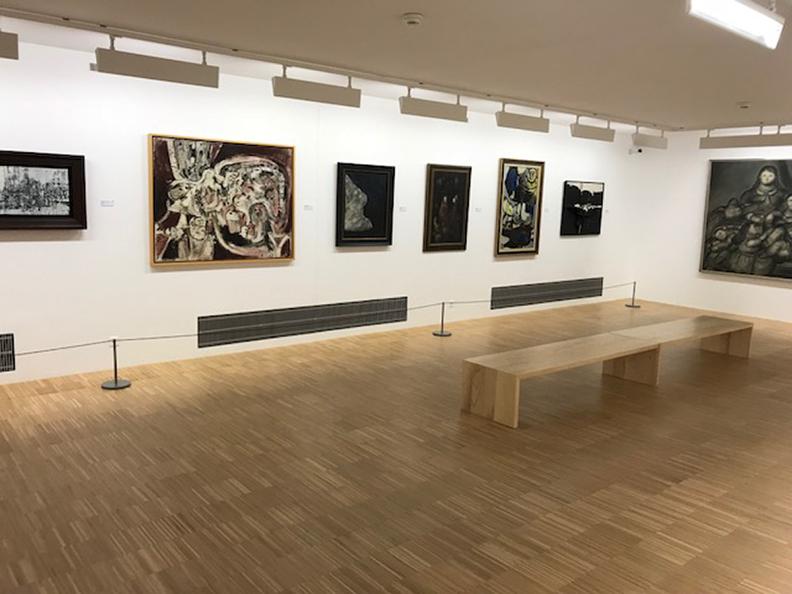 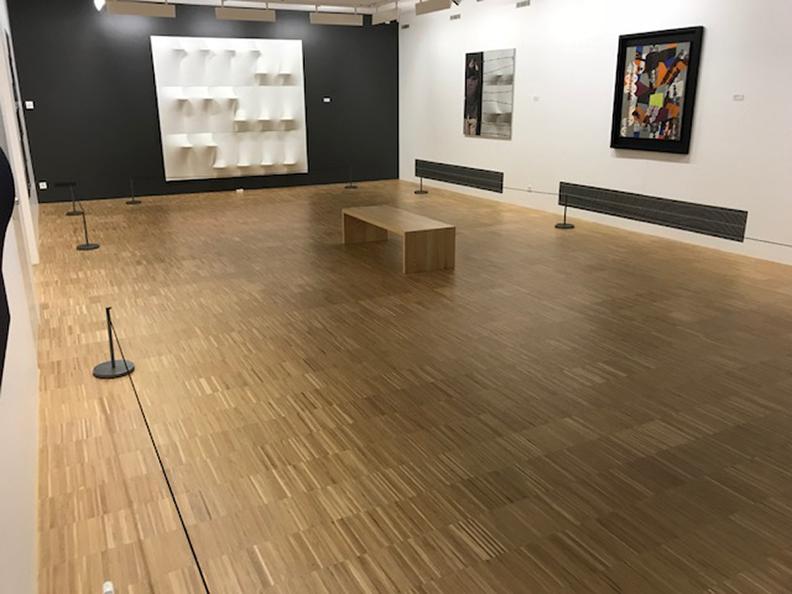 The Ghisla Art Collection opened its premises to the public on 28 June 2014. Set up by Martine and Pierino Ghisla who are passionate about art, the main aim of the collection is to share modern and contemporary art. The couple, who have been collectors for 30 years, decided to return to Ticino after living in Brussels and wanted to make their important collection of works of art open to the general public. The building, which dates to the second half of the twentieth century, has been skillfully restored by the architect Franco Moro who turned it into a futuristic red cube. All the windows of the building have been eliminated while eight exhibition rooms have been created inside, leaving the original load-bearing walls intact. The outer walls have been covered in a red metal mesh made of expanded metal plate produced by an Italian firm.